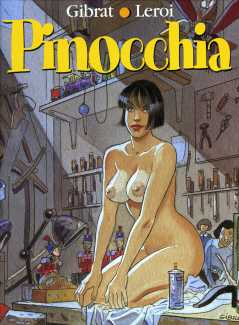 Pinocchia was a collaboration between Gibrat and the French writer and director Francis Leroi (1942–2002), who wrote the text.

Pinocchia was published by Albin Michel in their L’Echo des Savanes series.