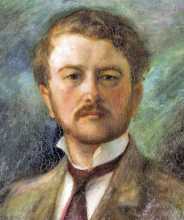 The Hungarian artist Károly Kernstok grew up in Budapest, where he lived for most of his life. Attracted to art, in 1892 he went to Munich, where he worked with Simon Hollósy, and from 1893 to 1896 he studied at the Académie Julian in Paris. In 1905 he settled in Nyergesújfalu, where he had inherited an estate. He was considered a leader of the ‘Neos’, a group of artists with radical views who felt that the naturalism of the Nagybánya artists’ colony did not embrace the growing interest in socialism. Fellow artists included Béla Czóbel, Béla Iványi-Grünwald, Vilmos Perlrott-Csaba, Lajos Tihanyi and Sándor Ziffer. Some had studied briefly at Nagybánya, but were also influenced by the French painters, particularly Paul Cézanne and Henri Matisse.

In 1906 Kernstok left Hungary for a second time for Paris, and after his return influenced the development of the painters called The Eight, who also included Lajos Tihanyi, Róbert Berény, Dezső Czigány, Béla Czóbel, Ödön Márffy, Dezső Orbán and Bertalan Pór. The sculptors Márk Vedres and Vilmos Fémes Beck were also associated with them. The Eight, who were most active between 1908 and 1912, embraced the radical intellectual movements of the early twentieth century, working with writers and composers including Endre Ady and Béla Bartók as well as their fellow artists. The Eight’s style included elements of Cubism, Fauvism and German Expressionism.

After the fall of the brief Hungarian Soviet Republic in 1919, Kernstok emigrated to Berlin, as did many other artists, and lived and worked there until 1926, when he returned to Budapest. In the last period of his life, Kernstok became interested in Etruscan painting, and completed The Rape of Helen (1933) and Burial (1934). Around this time he may have seen and been inspired by works of Pablo Picasso, who was also exploring classical monumentalism.

In addition to his painting, Kernstok often lectured and wrote articles about art, which were published in art journals and newspapers, extending his influence. A major retrospective exhibition of his work was held in Budapest in 1951. 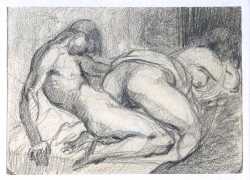 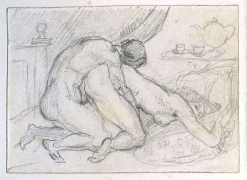 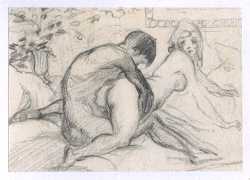 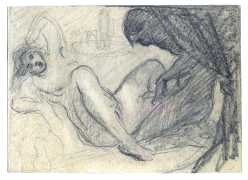