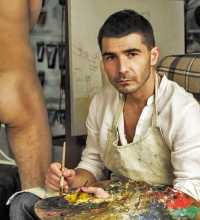 ‘Kirill Fadeyev is an artist possessed with an exceptional imagination and tremendous artistic skill. Based in Kiev, Ukraine, he works as an architectural designer, designing shopping malls and war memorials amongst other things. A fine artist, he has won many prizes as a student, and a major historical painting by him hangs in the office of the city government of Kiev. He is a challenging artist, and his works often shock the viewer, but his skill as a draftsman along with his humour and sense of play redeem his works, and raise them to some of the most engaging works of male art produced today.’ So writes Stewart Hardman, the director of Adonis Art, and his assessment is accurate – Fadeyev continues to produce thought-provoking homoerotic art which is both rich in erotic fantasy and grounded in the tensions of the modern world.

He grew up in Odesa, and studied art at the Grekov Odesa Art School, then from 1997 to 2003 at the National Academy of Fine Arts and Architecture in Kyiv. A versatile artist, he was first recognised as a sculptor and arts event organiser, winning a sculpture exhibition in Odesa in 1996 and helping to organise the Odesa Humour Carnival in 1997. In 2003 one of his large paintings, ‘Defending Kyiv from the troops of Batu Khan, 1240’, was bought by the city of Kyiv for a permanent exhibition at the city hall. Until 2012 he worked as an architectural designer, designing shopping malls and war memorials amongst other projects, but since then has concentrated mainly on his drawings and paintings, establishing himself as a leading figure in male gay art. The Russian invasion of 2022 forced him from his Kyiv studio, but he continues to produce original and inspirational art, always tinged with his own brand of humour. 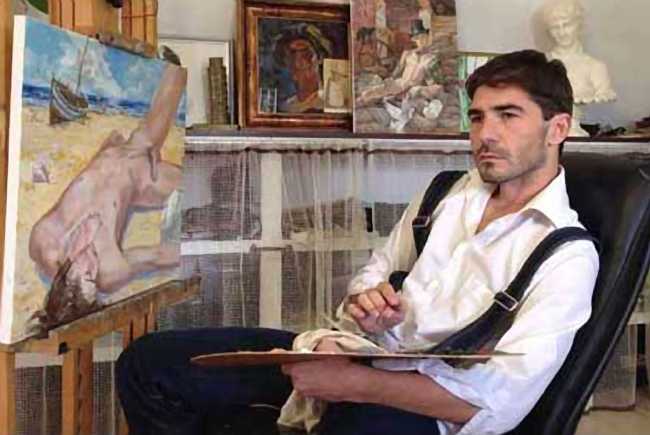 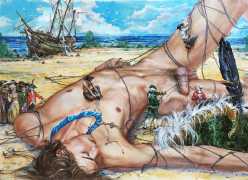 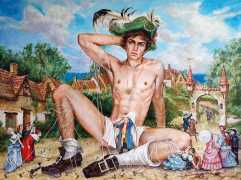 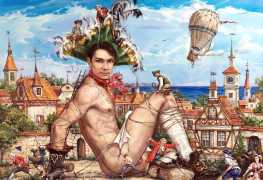 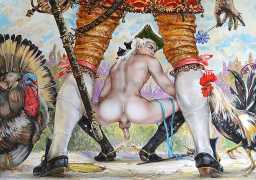