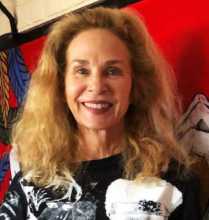 David Pagel, writing in the Los Angeles Times in 2018, wrote of Kitty Brophy’s powerful drawings, ‘Think Egon Schiele stripped of the skewed power relations and jaded world-weariness of fin-de-siècle Vienna. Replacing anger with urgency, and treating pleasure with the complexity it is due, Brophy lays bare the reality of self-determination and the liberty at the heart of do-it-yourself rebellion. Punk hedonism and good old American ingenuity never looked better, nor ruffled feathers so effectively.’

Kitty Brophy was born in Los Angeles, and moved while at school with her family to Phoenix, Arizona, where she displayed a love for drawing and fashion that fuelled her idealised vision of New York – Patti Smith, Lou Reed, Andy Warhol. In 1978 she moved to New York to attend Parsons School of Design, and quickly became involved in the East Village art, music, fashion and performance scene centred around the legendary Club 57 on St Mark’s Place and The Mudd Club on White Street, along with such notable friends as Kenny Scharf, Keith Haring, Ann Magnuson, John Sex and Tseng Kwong Chi. During this period Kitty worked as a fashion model doing print, runway and video in New York and Paris. She also participated in numerous early art videos filmed by Scharf.

From 1985 to 1988 she took a course in Media and Communication Studies at Hunter College in New York, after which she returned to Arizona and the art discipline she had abandoned, finding both fulfilment and recognition. The first solo exhibition of her work was held in Tucson, Arizona, in 2015, followed by further shows in Arizona and California. Kitty Brophy now lives and works in Phoenix. 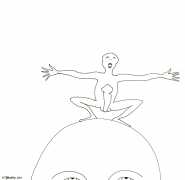 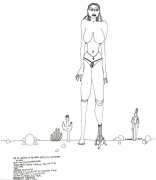 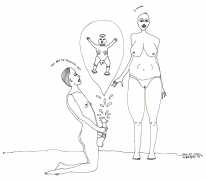 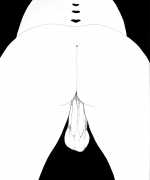 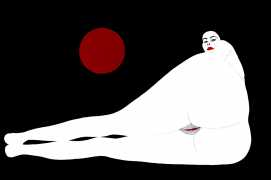 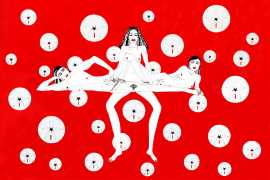