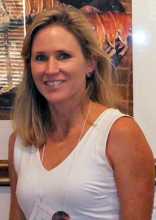 ‘I am Lori Walls. I have become an illustrator in New York, despite the mess of a childhood I lived. Amazing how far people can go with little help.’ This is Lori’s short but heartfelt introduction to herself in a blog post of 2012. Hers might have been just one of many dysfunctional American family histories, had it not been for her younger sister Jeanette’s decision to write about the Walls family in the best-selling 2005 memoir The Glass Castle. Among the many revelations about hopeless alcoholic visionary father Rex, introvert artistic teacher mother Mary Rose, and their four children who were always moving to avoid debt and homelessness, is the story of how Lori, the oldest child and a talented artist and linguist, had to fight hard for her autonomy, eventually escaping to New York.

One day, two filmmakers from New York City visited the older children’s school as part of a cultural appreciation tour. Lori showed them some of her drawings, and they said she had real talent. If she wanted to be a serious artist, they said, she should move to New York and go to art school. The description of New York as a land of misfits appealed to Lori and Jeannette, who had never truly belonged anywhere. The girls made a plan. Lori would leave for New York as soon as she graduated and get settled, and Jeannette would join her as soon as she could. 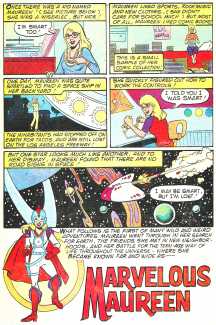 Despite several setbacks, the plan worked, and by 1982 Lori was working at Archie Comics, creating her own story lines. Marvelous Maureen first appeared in April 1982, Maureen’s adventures being in the style of a humorous science fiction soap opera, with an ongoing storyline that ultimately stretched over twenty episodes during the next three years. Marvelous Maureen references Lori’s youngest sister Maureen, who also eventually moved to New York.

After Marvelous Maureen, Lori contributed regularly to other comics including Thrust and Dragon Magazine.

Lori then concentrated on book illustration and painting, and has continued to produce artwork for books and magazines, and to participate in exhibitions with artwork which tends towards fantasy surrealism. She lives and works in The Bronx.