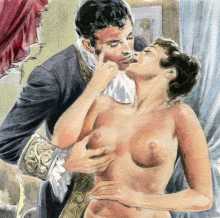 If you attempt to discover anything about an artist called Marc Vincent, the clearly talented creator of a set of sixteen watercolours for a mid-1960s edition of Les nuits chaudes du Cap Français, the notorious 1902 novel about Caribbean philandery, you will find nothing. This is because there never was an artist of this name, so as it is clearly an alias the search is on for a real artist with the skill and style apparent in these illustrations.

So we come back to ‘Marc Vincent’, and what appears to be a dead end. Though published in 1966, the watercolours have more of a 1950s feel, so had Germaine Raoult had them sitting in the office for a while? If you have any clues as to the true identity of this elusive artist, we would love to hear from you. 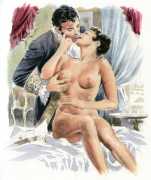 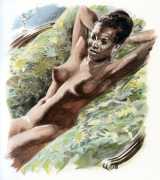 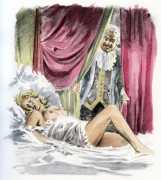 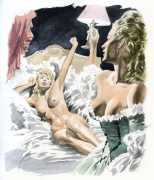 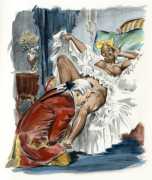 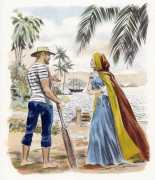