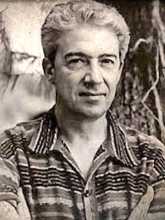 The Modernist painter, printmaker, illustrator, stage designer and writer Mario Prassinos was born in Constantinople, then in the Ottoman Empire and now Istanbul in Turkey, the son of a Greek father and an Italian mother, though in 1922, at the age of six, he emigrated to France with his family to escape the brutal persecution of Greeks and other ethnic minorities by the Ottoman government. He became a naturalised French citizen in 1949.

Prassinos attended the Sorbonne in Paris from 1932, and trained briefly in the studio of the French painter Clement Serveau (1886–1972). Through his father’s literary connections, Prassinos became acquainted with Surrealism, meeting Paul Eluard, André Breton, Salvador Dalí, Man Ray. Max Ernst and Marcel Duchamp, and in 1934 decided to become an full-time artist. From 1932 to 1936 he worked in a Surrealist style, introducing procedures of automatism and formal ambiguities that he retained in his later work. His first exhibition took place in 1938 at the Galerie Billiet-Pierre Vorms in Paris. That same year he married Yolande Borelly, and their daughter Catherine was born in 1946.

Prassinos volunteered for military service in 1940, was seriously wounded, and later received the Croix de Guerre. He worked with the French Resistance during World War II, helping Allied soldiers escape Nazi-occupied France. During the period between 1942 and 1950 he met writers Raymond Queneau and Albert Camus, and produced illustrations for Editions Gallimard. It was during this period that he produced much of his best work. 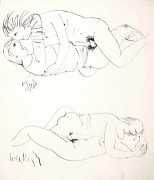 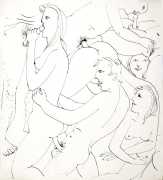 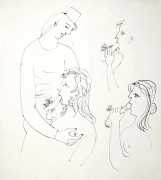 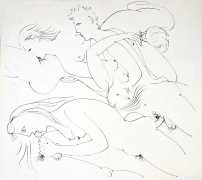 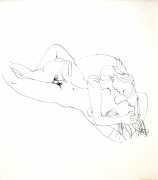 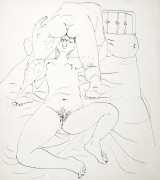 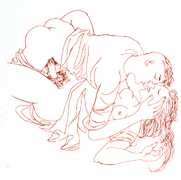 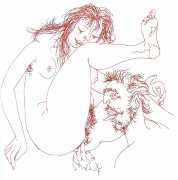 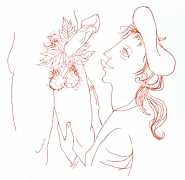 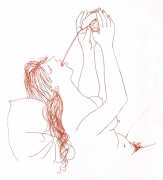 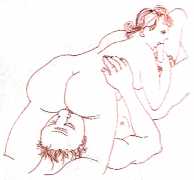 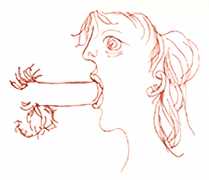 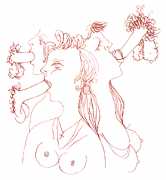 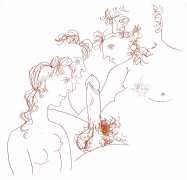