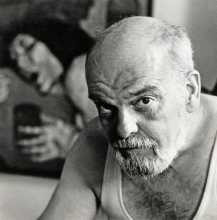 Addiction, longing, desire, loneliness, violence and sexuality are the themes of German artist Otto Lackenmacher’s etchings and paintings. Consistently figurative, his work continued the realist tradition in painting and graphics which continued unabated throughout the post-war period in Germany. From 1979 until his death, Lackenmacher lived for long periods in West Berlin, the creative epicentre of critical realism, his work being highly subjective, revolving always around his own life and urban setting while maintaining his distance from any overtly ideological style of representation.

Lackenmacher’s gaze was oriented to subjects often excluded from artistic portrayals or presented at best under pathetically exaggerated euphemisms. With a directness verged on the voyeuristic, he depicted hungry, bewildered and lonely characters on the margins of society and a brutally violent sexuality as appealing as it was unsettling.

He grew up in Saarbrücken, and first attended art school in Trier, but it was only after the war and a period in prisoner-of-war captivity that he was able to study at the Staatliche Schule für Kunst und Handwerk Saarbrücken (State Academy of Arts and Crafts) under Frans Masereel.

In his personal life as in his art, sexual encounter and alcohol played an important part; within his intimate circle he was known for his love of both. From 1951 to 1960 he was married to the artist Katja Sorg, but marriage was not truly his style. In his last years Lackenmacher worked hard on his image as a drinking artist and enfant terrible of the art scene, and earned critic Volker Lehnert’s soubriquet of ‘a complete instinctive’. Yet even Lehnert’s ambiguous assessment falls short in trying to explain the artistic results of Otto Lackenmacher’s powerful sexual and artistic drive.

A comprehensive website covering Otto Lackenmacher’s life and work (in German) can be found here. 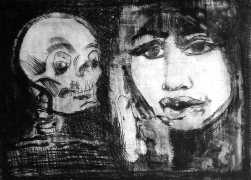 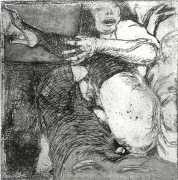 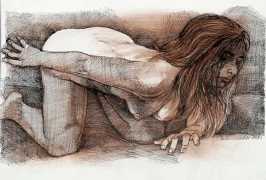 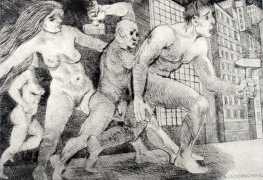 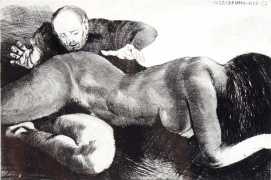 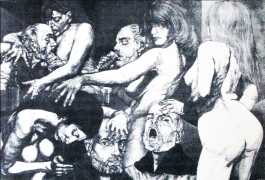 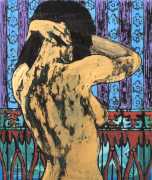 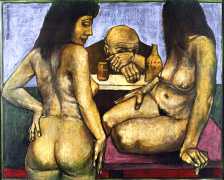 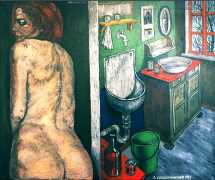 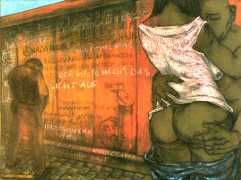 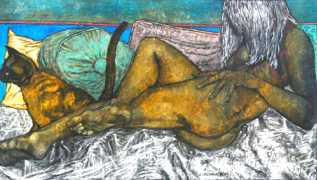 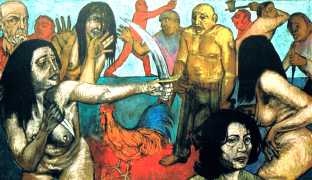 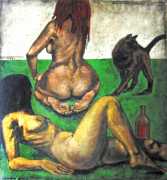 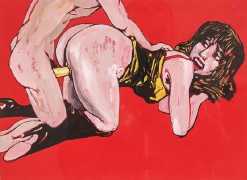 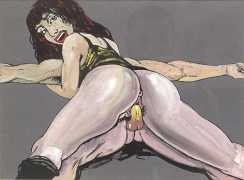