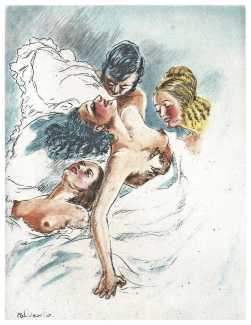 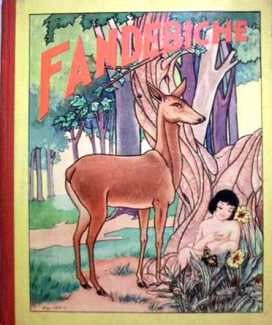 The real Paul Vexiau grew up in the western French town of Luçon, the oldest of a large family, and moved to Paris in the twenties, taking up residence in the traditional art quarter of Montmartre. Self-taught, he was able to earn a living by illustrating books for young readers, including an edition of Perrault’s fairy stories, and a 1940 picture book by Pierre Anceleu (1902–95) about a young girl called Fandebiche, who has the ability to converse with animals. Interestingly, Fandebiche is pictured as modestly naked throughout the book.