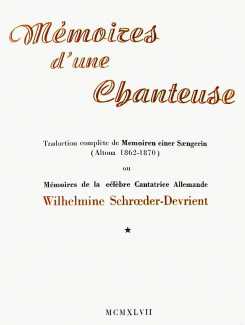 These purported erotic memoirs of an acclaimed German opera singer were originally published as Aus die Memoiren einer Sängerin in two volumes in 1868 and 1875. The attribution to the talented soprano Wilhelmine Schröder-Devrient (1804–60), who dazzled Beethoven and Wagner among other composers, is apocryphal. In fact the first volume was almost certainly written by Auguste Prinz, the publisher of the first edition, and while the first volume seems broadly plausible, the second descends into wild sexual fantasy, including lesbianism, sado-masochism, group sex, sodomy, bestiality, scatology, necrophilia, prostitution and vampirism. The first French edition, without illustrations, was published by the Bibliothèque des Curieux in 1913, with an appreciative introduction by the poet Guillaume Apollinaire. 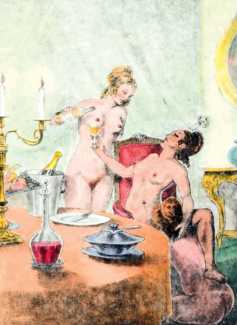