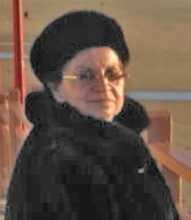 As the poet and essayist Jacques Izoard (1936–2008) described the artist’s early work, ‘Her women – and occasionally her men – have such a presence that they immediately cause a brief thrill. Rachel Menchior has the art of immediately grasping the essence of nakedness. Sometimes, perhaps even often, her women do not look in front of them, and therefore ignore the voyeur. Are they distracted, or do they prefer not to impose themselves? We don’t really know. What could be too intense about their presence is ameliorated by a kind of abandonment or negligence. They don’t care whether we look at them.’