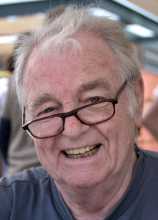 He grew up in Nice, and studied architecture at the Nice École des Arts Décoratifs (School of Decorative Arts). He was always passionate about comics, and spent most of his free time drawing, but his breakthrough opportunity came in 1961 when he met the author Bob Leguay. Leguay introduced Hugues to Éditions Artima, where Hugues developed the character of Tim l’Audace and produced no fewer than 41 stories featuring the adventurous journalist and his sister Magda. The artist’s ability to produce work quickly led to a commission from Éditions Olympic to develop the character of Pilar Santos.

In the early eighties, in parallel with his job as an architect, his career as an illustrator took a new turn when he started working in erotic comics. ‘It was a combination of circumstances,’ he explains, ‘and as usual Leguay was behind it. A friend of his had read in the local press that a publishing house was looking for designers in Cannes for a monthly magazine. Leguay not having a driving license, I drove him here. They hired him as a writer straight away, and when it came up in conversation that I was an artist they also offered me work.’

Not having much experience in drawing nudes, he took evening classes in life drawing to improve his skills, and for the next fifteen years, under the pseudonyms Trébor (Robert in reverse), Colber and Mancini, he worked as a salaried designer for the Éditions Sedem magazines Sex Bulles, Bédé X and Bédéadult. 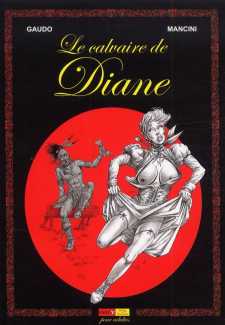 Many of the stories published in these magazines were later published as books, including the Célia, Nado and Cléo books. As well as appearing in the original French, several have been translated into English, Spanish, Dutch, German and Italian. Meanwhile Hugues continued to work for thirty years as an architect and project manager for luxury villas, buildings and clinics. At the beginning of the 1980s, following an economic slowdown, the firm closed and he devoted himself solely to comics.