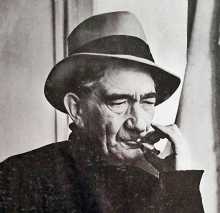 If Sylvain Vigny had stayed in Paris in 1934 instead of moving to Nice on the Côte d’Azur, his highly imaginative and original work might be better known. Comparisons with better-known modernist artists including Maurice de Vlaminck, Georges Rouault and Raoul Dufy set him in an appropriate and favourable context.

A self-taught artist, he grew up in Vienna and emigrated to France in the 1920s, living in Paris from 1929 to 1934. After he had moved to Nice early in 1934, he exhibited in galleries along the Mediterranean coast and in Switzerland, with major exhibitions in New York in 1938 and at the Galerie Bernheim Jeune in Paris in 1948.

Sylvain Vigny was part of an important artistic community in Nice, which included Jean Moulin who owned the Galerie d’Art Roman, the artist Jean Cassarini, writers Pierre and Jacques Prévert, filmmaker Nikos Papatakis, and jazz musician Django Reinhardt. By the mid-1950s he had became a recognised figure on the Nice art scene, alongside his friends Benjamin Vautier, Claude Morini and Bernard Damiano.

Sylvain Vigny was as much at home painting moody street and coastal scenes to earn a living as he was producing more experimental work, often featuring rather gaunt, distorted and tragic figures in a minimalist, modernist style, and using unusual colour palettes to match the subject matter.

In 1937 he produced a set of lithographs for the only book he illustrated, a revised edition of the anarchist poet Georges Faillet’s (writing under the pseudonym Fagus) extended poem La danse macabre.

In 1961 a monograph on Sylvain Vigny was published, designed as a portfolio, with a text by Jean Cassou and reproductions of the artist’s works. 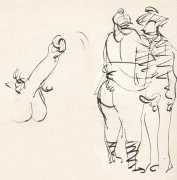 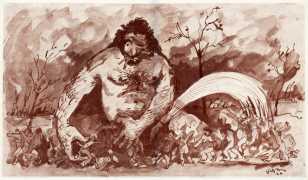 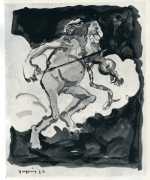 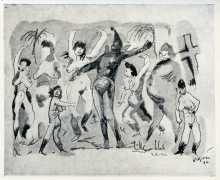 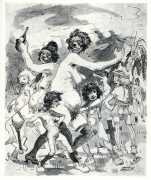 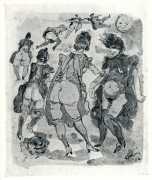 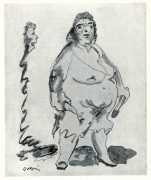 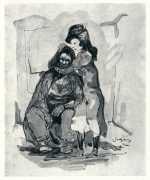 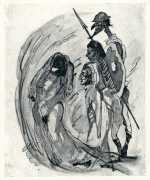 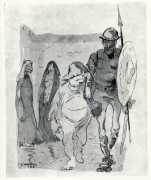 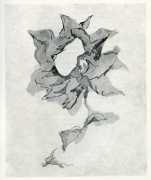 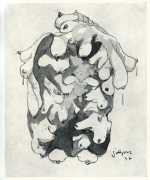 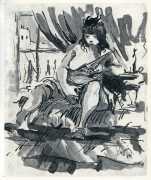 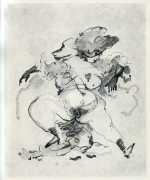 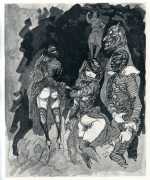 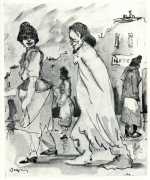 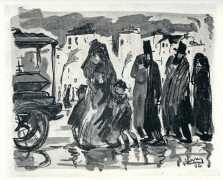 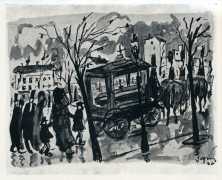 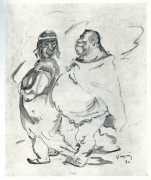 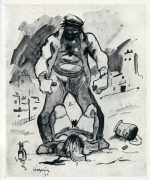 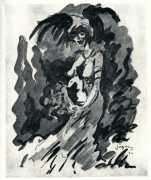 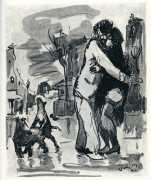