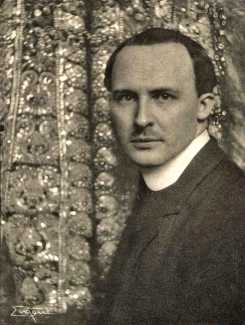 The German artist Willi Geiger was a pioneer in many ways, a talented and imaginative printmaker, a courageous social critic, an experimental typographer, and an Expressionist several years before Kandinsky cemented the concept as an art term. Geiger grew up in Schönbrunn near the historic Bavarian town of Landshut, and after leaving school studied at the Academy of Fine Arts in Munich, including painting with Franz von Stuck and etching with Peter Halm.

In the early years of his artistic career he concentrated on etching, especially bookplates incorporating his trademark spiky calligraphy. He created several portfolios of lithographs and etchings,  including Seele (Soul) in 1903 and Liebe (Love) in 1905, for which he was awarded the Graf Schack scholarship of the Munich Academy. He used the prize money to travel to Rome and Naples, Tunisia, Madrid, and Paris, where he met Auguste Rodin. While in Rome he created the twelve provocative and sexually explicit plates for Das gemeinsame Ziel (The Common Goal).

Returning to Munich, Willi Geiger worked as a freelance graphic artist from 1907 and married the sculptor Clara Weiss, who he had met two years earlier while working on Liebe. Their only child, Rupprecht, who became a well-known abstract painter and sculptor, was born in 1908. In 1910 Willi was awarded the Villa Romana Prize, which led to a year-long stay in Florence together with fellow artist Ernst Barlach, and in 1912 returned to Madrid where, fascinated by bullfighting, he created his Tauromachie portfolio. During the First World War he served in France, his increasingly pessimistic worldview resulting in Unsere Helden (Our Heroes) in 1914, and Neue Kriegsbilder (New War Pictures) and Epistel aus dem Felde (Epistle from the Field) in 1917.

After the war he accepted a professorship at the Munich Kunstgewerbeschule (School of Applied Arts), but in 1923 decided to leave Germany and make a fresh start in Spain. From Madrid he made numerous trips inland, to Tenerife and the Moroccan city of Tetouan. Germany and Clara pulled him back to Munich however, and in 1928 he was appointed professor at the Leipzig Staatliche Akademie (State Academy). The 1920s and early 30s were a very productive period for Geiger; as well as continuing to explore colour in his paintings he returned to etching, and produced several memorable prints such as Susanna in ihrem Bad (Susanna in her Bath) in 1920 and Blüten (Blood) in 1921.

Geiger’s overtly political statements against the party and the Führer – he described Hitler as ‘the greatest desperado of the century’ – led to his denunciation. Dismissed from his teaching post without notice in the summer of 1933 and labelled a ‘degenerate artist’, he retreated to the Bavarian lakeside resort of Chiemsee until 1945. Here he painted landscapes and peaceful flower pictures, but he also dealt with the Nazi dictatorship, the war and its consequences in numerous drawings and paintings. In 1947 he published the portfolios Zwölf Jahre (Twelve Years) and Eine Abrechnung (A Reckoning).

After the Second World War Willi Geiger was rehabilitated and appointed head of a painting class at the Munich Kunstgewerbeschule. Once again he turned to the themes of human tragedy, at the same time giving joyful expression to his longing for harmony in bucolic still lifes.

In his old age he painted numerous semi-abstract flower pictures, writing at the age of 75 that ‘I’m gradually starting to understand what painting is’. 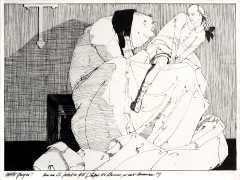 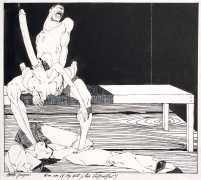 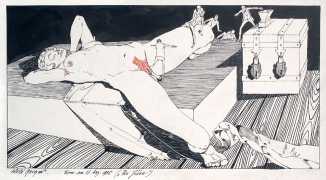 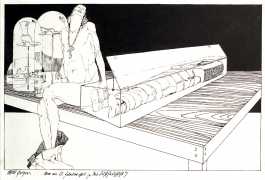 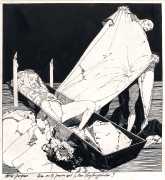 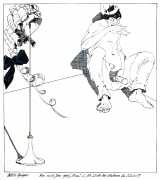 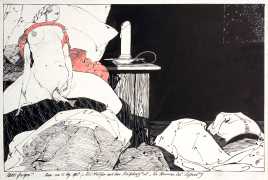 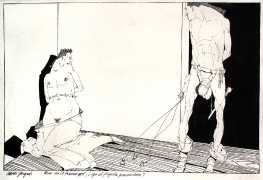 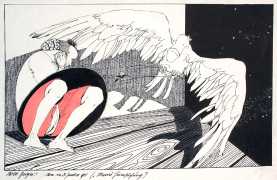