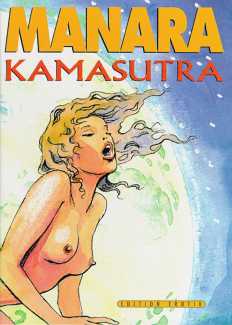 This section of his interpretation of Kamasutra includes one of the only erect human penises to be found in Manara’s output, this one even being held by a lover. It also demonstrates how inventive Manara can be with elements like colour, the depth of colour cleverly matching the pitch of the passion. 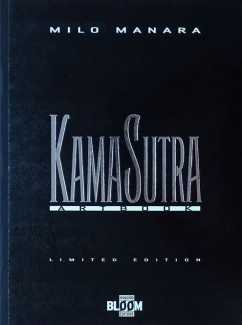 Manara’s Kamasutra was published in Italian by Edition Erotik; the English version was published by Eurotica in 1998 and has long been out of print. In 2008 Leopoldo Bloom produced a limited 500-copy artist-signed edition of the Kamasutra Artbook, which includes many preliminary drawings and alternative artwork versions for the book.