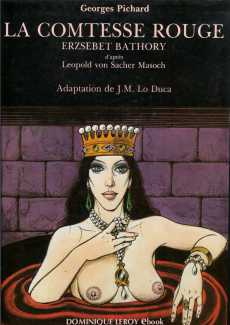 Erzsébet Báthory (1560–1614), a Hungarian noblewoman, holds the dubious record of being the most prolific female murderer ever to have lived, hence the epithet ‘The Red Countess’. Báthory and four collaborators were accused of torturing and killing hundreds of young girls and women between 1590 and 1610; the highest number of victims cited during Báthory's trial was 650, a number based on a claim by a servant girl named Susannah that Jakab Szilvássy, Báthory's court official, had seen the figure in one of Báthory’s notebooks. Despite the evidence against Báthory, her family’s importance kept her from facing execution. She was imprisoned in December 1610 within the castle of Csejte in Upper Hungary (now Slovakia).

The stories of Báthory's sadistic serial murders were verified by the testimony of more than three hundred witnesses and survivors as well as physical evidence and the presence of horribly mutilated dead, dying and imprisoned girls found at the time of her arrest. Stories describing Báthory’s vampiric tendencies, such as the tale that she bathed in the blood of virgins to retain her youth, were generally recorded years after her death, and are considered unreliable. However, her story quickly became part of national folklore, and her infamy persists to this day.

Her story clearly appealed to Pichard, and Dominique Leroy published his bande desinée version; it was translated into English and Italian, the version we include here.