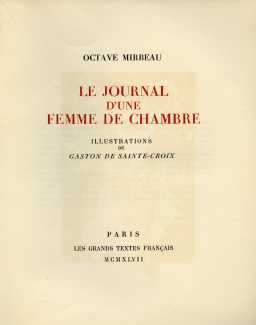 This edition of Le journal d’une femme de chambre was published by Les Grands Textes Français in a limited numbered edition of 2,000 copies.