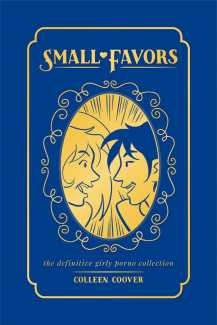 We have included the first two chapters of the collected Limerence volume here, but there are another couple of hundred pages of enjoyment to be had, plus the section of sketches and ‘pinups’ at the end of the book, so if you like what you see then buy the book, ideally directly from Limerence – the link is here.

Colleen Coover has been interviewed many times about her work; here we have extracted some relevant questions and replies relating directly to Small Favors. The first few questions come from a 2003 Sequential Art interview by Maria Allass, which you can read in its entirety here.

You have said that you think the female comics-reading audience is larger than is generally believed. Do you find that Small Favors attracts a large female audience?

Absolutely. A large percentage of letters and emails I get are from women (straight and queer) or men who share the comic with their wives or girlfriends. 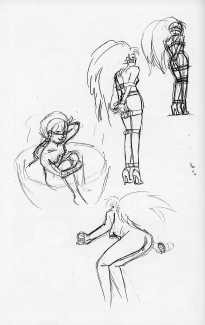 Small Favors is one of the most sex-positive comics I've ever read, but isn’t using the word ‘pornographic’, with all of its negative connotations, a bit wrong?

That’s simple. I just left out anything that might be a bummer. Most bummer feelings about sex come from shame, and none of the main characters in Small Favors are much burdened by shameful feelings. No one is really mean, and no one is ever put into a situation where they’re uncomfortable. It’s very easy to be joyful when you live in a world where nothing bad happens and everyone is having delightful sex all the time.