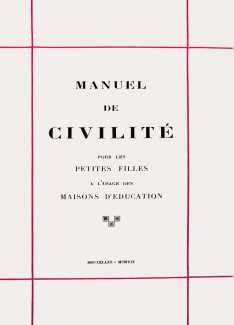 For the purposes of this edition, the plates were re-etched (or more correctly defaced) to remove as much of the text as possible, and hand-coloured in a rather garish palette; it probably suited the book’s intended clientele, but tended to detract from the quality of van Mäele’s prints.

This edition was published in a limited numbered edition of 400 copies; although no publisher is given, the title page says it was published in Brussels in 1919. It wasn’t – it was actually published around 1930, conveniently after van Mäele’s death, but the earlier date maybe gave it more perceived gravitas.

We are very grateful to Pierre-Étienne Leblanc for these illustrations.