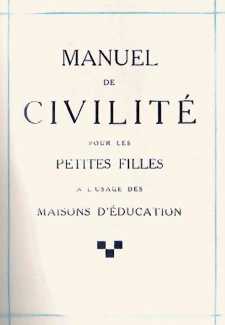 The publication history of the 1926 Rojan-illustrated Manuel is quite a mystery; it appears that very few copies ever existed, and even these were probably not all illustrated in their entirety by Rojan. What we do know is that Jean-Pierre Dutel’s comprehensive Bibliographie des ouvrages érotiques publiés clandestinement en Français entre 1920 et 1970 tells us at Item 1917 that there is an edition with the same text including twelve in-text colour illustrations by Léon Courbouleix, and that in Spring 1973 the bookseller Coulet & Faure had in their catalogue ‘a unique example illustrated with 72 superb watercolours by Rojan’. Dutel also says that a colleague of his had another unique copy with twelve gouaches by Marcel Stobbaerts. Under Item 1916 Dutel lists an earlier version of the Manuel, published by Simon Kra, which was printed without illustrations, but which is known to exist in one-off copies hand-illustrated by artists including Rojan and Yan Dyl. A copy illustrated with twelve watercolours by Rojan was owned by the collector Gérard Nordmann and included in the April 2006 auction of his library.

As a result of this confusion, it is impossible to clarify exactly how the Rojan-illustrated Manuel de civilité was produced and illustrated. The text was printed letterpress, and it appears that Rojan produced several sets of illustrations, sometimes in watercolour but mostly in coloured pencil, which were sometimes added to the letterpress with blue surrounds for the full-page drawings, or created as sets separately from the text. What we have included here are three of the in-text watercolours in blue frames (plus another ten low-resolution photographs at the end which may be from the same copy sold at auction in 2017), a complete set of 85 colour drawings from the copy in the collection of Karl Ludwig Leonhardt (the smaller ones are designed to go below the section title pages), and four similar watercolours which may or may not be related to the Manuel but are clearly by Rojan. If you can shed more light on this elusive edition we would love to hear from you. 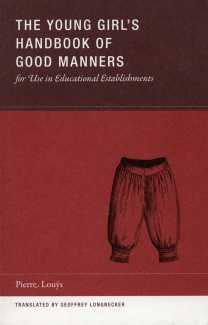 Now a word about Louÿs’ Manuel, which was only published ten years after it was written and after its author’s death. As Geoffrey Longnecker explains in the introduction to his excellent English translation, published by Wakefield Press in 2010, ‘Although the book’s model is obvious enough, late nineteenth-century manners are here turned on their head, with ass prominently skyward. The practice and theory of civility that is parodied here has its humanistic roots in Erasmus, who proposed teaching manners and etiquette to boys to help them attain and maintain a noble character. By the end of the nineteenth century, though, such handbooks and educational manuals had become primarily intended for girls, and were little more than a despotic means of regulating sexuality and gender. This is not to say that Louÿs makes for a champion of feminism, or that this handbook (which was not intended for public consump­tion) was meant as a critique. It is to say, though, that Louÿs adopted a format that at the time was worthy of satire. With its lessons in hypocrisy and admonishments so outrageous they come off more as devious suggestions, his Handbook of Good Manners distinguishes itself as one of the few undisputed erotic classics in which (intentional) humour takes precedence over arousal. Needless to say, this handbook is not recommended for use in educational establishments.’ 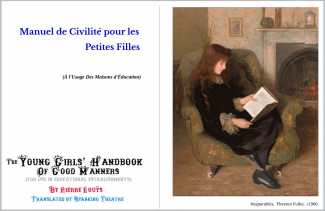 Another very good (and free) illustrated translation of the Manuel can be found here. It is by the author of the excellent blog Spanking Theatre (‘Spanking Stories for the Theatre between your Ears’), which you will find here. We are very grateful for their permission to offer it to our readers.