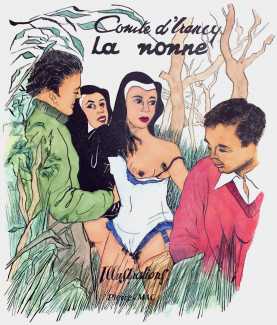 Foujita’s nuns are rather crudely drawn, which suggests a rapidly-fulfilled commission. Like so many similar titles, La nonne was officially banned in 1954, which undoubtedly led to its desirability.