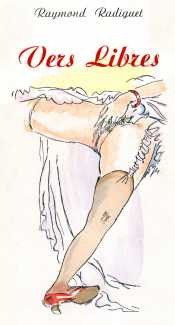 The Vers libres of Raymond Radiguet, the author of Le diable au corps who died so prematurely, are veiled in mystery. They are certainly erotic (one definition of the French ‘libre’), and verge on the transgressive – young girls are deflowered, sleep with their female friends, and are ‘corrected’ by an older man in military uniform. The book was published for the first time by René Bonnel in 1926, just three years after the young writer’s death, and his family, and his friend and lover Jean Cocteau, denied categorically at the time that the poems had been written by Radiguet. It was only after Cocteau’s death that the Radiguet family confirmed that Raymond was indeed the author of Vers libres.

Not only was the identity of the writer long uncertain, but the illustrator also surrounded himself with mystery. Only 125 copies were printed of the first edition and another 125 of the second, in both of which the artist was unattributed; its popularity called for a third edition of 250 copies, augmented with additional verses and four additional drawings by ‘R’, as the new preface now alluded to the artist.

Rojan’s pictures are entirely in harmony with the naughty lyrics by the young novelist. The aquarelles reproduced in Vers libres celebrate spontaneous and unashamed youthful sexuality in the great out-of-doors, in wooded glades and among the sand dunes at the seaside. The light palette, favouring yellows and reds, drenches the preoccupied figures in sunlight. A striking image familiar to many from reproductions is an in-text drawing of a standing, stylishly dressed woman, one leg raised over and around the opening lines of Radiguet’s verse ‘Saison’, her flapperish finery hoisted up in front, as she prepares herself to mount her lover who lies ready on the opposite page. To understand the first line of the poem it is useful to know that a bilboquet is a child’s wooden toy where the ball is thrown up and its hole caught on the hand-held pin. 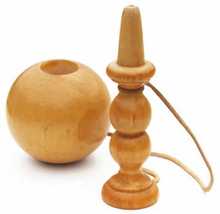 The bilboquet of which I am the rod
On which your body falls,
I understand that such a game
Can make you dizzy!

The blood is still pink
In the crotch where you so want me.

The first edition of the Rojan-illustrated Vers libres was published by René Bonnel in 1926, with the imprint Champigny: Au Panier Fleuri, in a numbered limited edition of 125 copies. It included twenty-seven colour illustrations. This was followed in 1935 by two further editions, of 75 and 125 numbered copies, the larger reprint again including the Au Panier Fleuri imprint, the smaller simply stating ‘Aux dépends d’un amateur pour le profit de quelques autres’ (at the expense of a collector for the enjoyment of others’); a third Panier Fleuri edition of 250 copies, including the additional four illustrations, appeared in 1937.