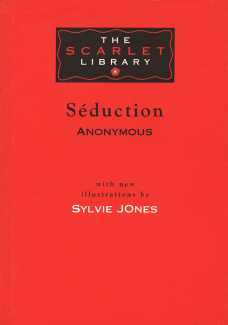 In the Sex Diaries Sylvie Jones describes the commission for twelve illustrations for Séduction as one of her most enjoyable, though it has to be said that they are not her most original, and seem rather hurried.