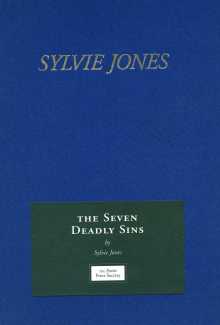 It has to be said that compared with her later work the drawing is rather crude, and the scenes rather predictable, but given that Sylvie had only recently left art college and can only have been in her early twenties when Seven Deadly Sins was produced, it was nevertheless a success.