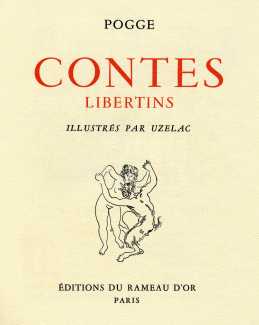 The stencilled colouring of the engravings offers subtle and beautiful results, some of Uzelac’s most successful book illustrations. 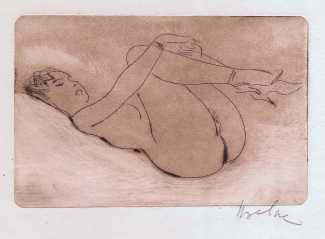 Contes libertin was published by Editions du Rameau d’Or, Paris, in a limited numbered edition of 900 copies. Ten special ‘hors commerce’ copies were accompanied by an original engraving, one of which is included here.