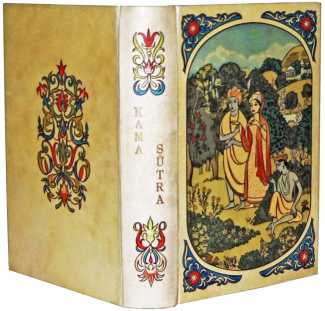 After the success of the Minache-illustrated Omar Khayyám, the Kama Sûtra was an obvious sequel, and so this edition of the Indian classic, heavily abridged by Michel Dubessy, appeared three years later. Again Génia Minache created a suite of oriental-style watercolours, which have very little precisely to do with the text, but are still subtly seductive.

Kama Sûtra was published by Editions du Fleuve, Lyon, in a limited numbered edition of 900 copies.