The First Temptation of St Anthony 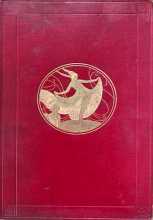 In 1845, when he was 24, Gustave Flaubert visited the Balbi Palace in Genoa and was much moved by a painting, then attributed to Bruegel the Elder and now thought to be by one of his followers, of The Temptation of St Anthony. While fasting in the Egyptian desert, Anthony is plagued by temptations of all kinds, administered by the beautiful Ammonaria, King Nebuchadnezzar, The Queen of Sheba, Lucifer, Lust and Death (to name but a few).

Flaubert worked on his novel based on this story throughout his life, producing three versions, completed in 1849, 1856 and 1872, before publishing the final version in 1874.

The Bosschère-illustrated Flaubert is the Renée Francis translation of the 1874 version. For this Bodley Head commission Bosschère produced some of his most overtly sexual work, fully consistent with the underlying sensuality (and associated guilt) of Flaubert’s text.

The First Temptation of St Anthony was published by The Bodley Head in a limited numbered edition of 3,000 copies.