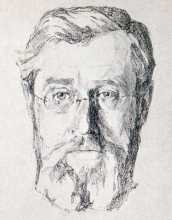 The German artist and illustrator Marcus Michael Douglas Behmer grew up in Weimar, the son of the painter Hermann Behmer. He showed an early aptitude for drawing, and his early works show the influence of Aubrey Beardsley. Behmer knew from an early age that he was attracted to other men, and the conviction in 1895 of the English poet Oscar Wilde for his love for a man was instrumental in raising his political consciousness and activism. In 1900 Behmer went to Paris, where he met Oscar Wilde and his entourage. It is no coincidence that Behmer’s work came to wider notice through his 1903 illustrations for Wilde’s Salome, published by Insel-Verlag. After Paris, Behmer followed his great love Luigi Cotino to Florence, signing his work from this period with the pseudonym ‘Marcotino’ (a conflation of Marcus and Cotino).

In 1903 Behmer moved to Berlin, and in the same year the now-avowed homosexual became a member of of Magnus Hirschfeld’s Wissenschaftlich-humanitäres Komitee (Scientific-Humanitarian Committee), the world’s first homosexual organisation. After the success of Salome, Behmer continued to work with Insel-Verlag, and increasingly also for Harry Kessler’s Cranach Press, also for Paul Cassirer, for whom in 1912 he produced forty etchings produced for an edition of Voltaire’s Zadig.

In October 1903 Behmer entered military service, where he was appointed a corporal in June 1904 and promoted to sergeant in September 1907. During World War 1 he served in Flanders and Poland, but in the summer of 1917 fell seriously ill and spent six weeks in the military hospital at Jarny. During his time in the army he produced many miniature portraits of young soldiers.

A slump in interest in book illustration in the 1920s made life difficult for Behmer, not helped by his being such a perfectionist that he often made clients wait for months to deliver commissions. He sometimes portrayed himself as a dolphin, alluding to the great Renaissance printer Aldus Manutius; occasionally he even added snail horns to acknowledge how long he kept his clients waiting.

As well as producing drawings, Behmer was also fascinated by typography, and in 1922 created his own Antiqua typeface, which was cut and cast in Karl Klingspor’s type foundry. The artist and the company owner became friends for life.

Always outspokenly gay, it was inevitable that in 1936 he would fall foul of the Nazi regime, and in December of that year that he was sentenced to two years in prison for ‘unnatural fornication’. Behmer made the most of his incarceration, and following the example of Oscar Wilde’s prison ballad he created a diary and countless drawings, many of which he gave to other inmates. In his diary he noted ‘nothing can happen to me that God does not send me; has spiritual arrogance ever been punishable by a court?’. In the event his sentence was reduced to nineteen months ‘for good behaviour’.

Behmer’s friends included the family of the writer Ernst Hardt, the painter Alexander Olbricht, and the sculptor and painter Dorothea Werner and her husband. From 1943 Behmer lived at the family home of Donata Helmrich, Hardt’s daughter, in Berlin-Charlottenburg, then in November 1944 he lost all his possessions, including hundreds of drawings, graphics and printing plates, in a bomb attack. After he was bombed out of Berlin he went to stay on the Werner family’s estate at Gross Nuhnen near Frankfurt-an-der-Oder, before returning to Berlin in 1950, where he lived a spartan life. Dorothea Werner helped to take care of him from 1958 until his death. 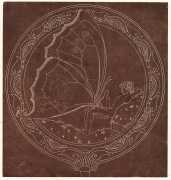 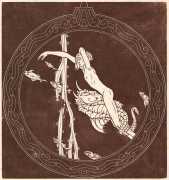 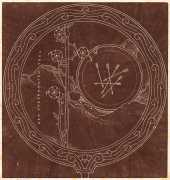 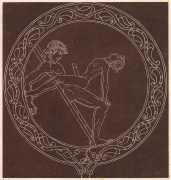 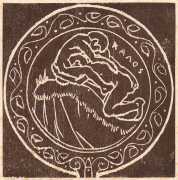 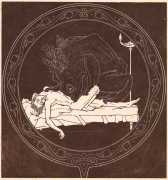 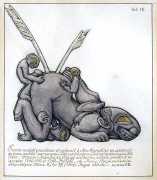