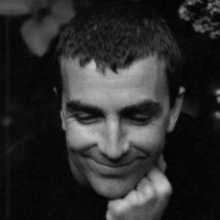 Bones, muscle, skin, hair – the building blocks of the human body, are for California artist Phillip Dvorak akin to a rugged landscape ripe for archaeological and forensic exploration and excavation. As one reviewer has written, ‘Phillip Dvorak's explorations are rooted in the erotic, subconscious, and emotional possibilities of the human body. Regardless of the form, Dvorak invites the viewer into an intensely anthropomorphic universe. The biology of his charcoal and pastel drawings can sometimes focus so intensely on the human body that it grows microscopic. The viewer finds cell structures, organelles and strange hair-like protrusions engaging in active frenzy across the paper’s surface.’

Dvorak grew up in Inglewood, Los Angeles, where he remembers digging for bones behind his parents’ house, convinced there were dinosaurs buried in the back yard. He was always drawing, and his grandmother encouraged his artistic habits, enrolling him in figure drawing classes in the Hollywood Hills, where he was the only child in a group of adults. It wasn’t until junior college, at the suggestion of an instructor, that Dvorak began to think about pursuing a career based on his artistic talents. He considered design, but ultimately studied illustration, in which he saw more opportunity for creativity, studying first at the Art Center College of Design in Pasadena and then, after he moved further south, at San Diego State University, where he gained his Bachelor of Fine Arts.

Meanwhile, bones continue to be a source of inspiration, in addition to the sexual surrealism of Hans Bellmer, the figurative drawings of R. B. Kitaj, and the corporal explorations of Kiki Smith. Although he works in a number of media, Dvorak considers himself primarily a draughtsman of the human form: ‘It seems a simple thing – drawing the nude – and in a way it is. But to do it well is really very challenging, being in the moment, being aware, being patient. There’s something so pure and sensual about it – nothing can be faked. I like that about it.’

Phillip Dvorak’s website, with galleries of his current work, can be found here, and his work is also available from Saatchi Art, here. 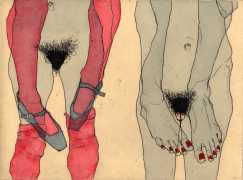 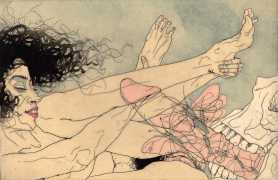 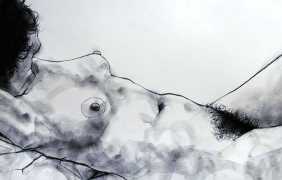 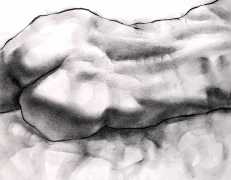 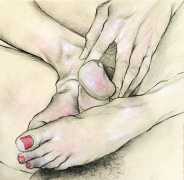 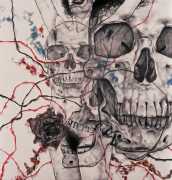 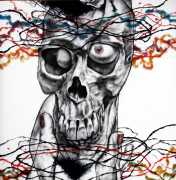 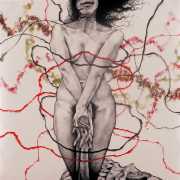 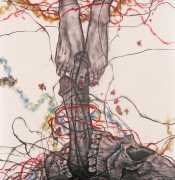