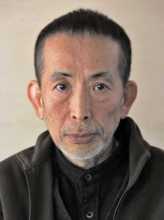 The groundbreaking Japanese artist Toshio Saeki (佐伯俊男) was born in Miyazaki prefecture, and when he was four his family moved to Osaka, where he learned how to draw. After finishing college he worked in advertising design, and in 1969 he settled in Tokyo. As he wrote later, ‘1970 was a pivotal year which I cannot forget. In spring of the previous year I had left Osaka for Tokyo in the hope of being published. Living in a modest studio, all kinds of strange images ran together through my mind. Then, towards the end of the summer and to my great surprise, I found my style. I slipped under my arm fifty drawings with which I was content, and I went to make the round of publishers.’

Saeki quickly cemented his place as an influential figure in Japan’s postwar underground art. At the time Tokyo was enjoying post-war and drastic social changes, and Saeki’s view of the world played into this change, capturing humorous, expressive imagery that questioned issues like shame, innocence and sexual taboo.

He started to be exhibited, and to be recognised outside Japan. An exhibition in Paris in 1971 is best remembered for the organiser having stolen most of the exhibits, but when John Lennon and Yoko Ono’s 1972 album cover for Some Time in New York City included a drawing by Saeki of a devil-like figure attacking a young woman in school uniform with a knife, his international reputation was assured.

‘I leave other people to draw beautiful flowers that bloom in pleasant, acceptable scenery,’ he told the magazine Dazed in 2013. ‘I try instead to capture the vivid flowers that sometimes hide and sometimes grow within a shameless, immoral and horrifying dream.’ 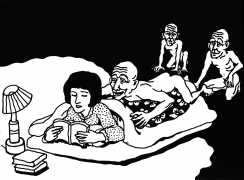 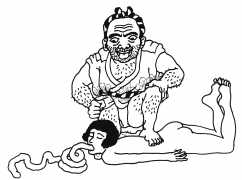 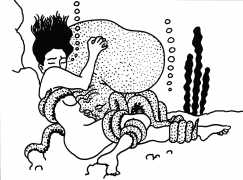 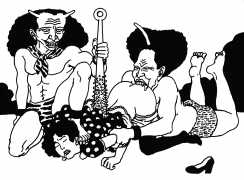 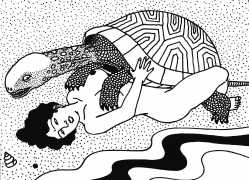 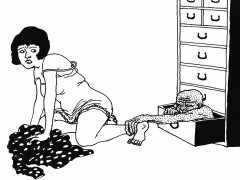 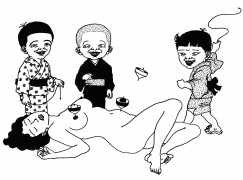 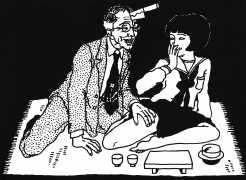 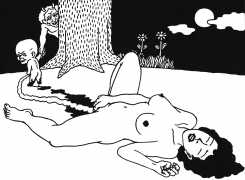 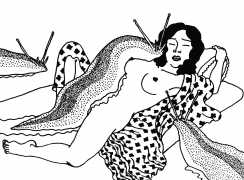 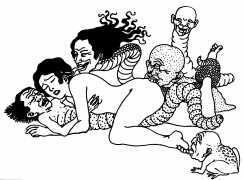 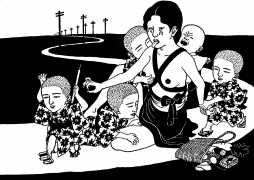 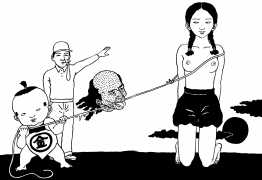 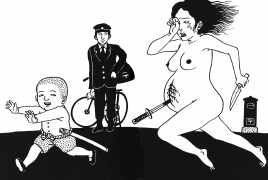 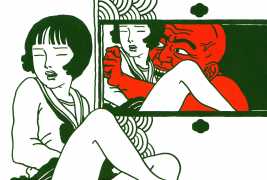 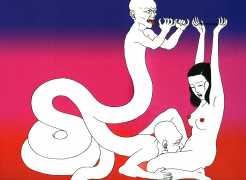 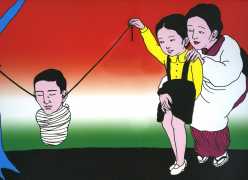 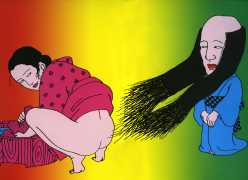 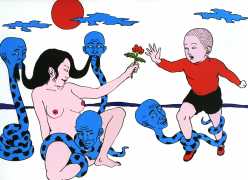 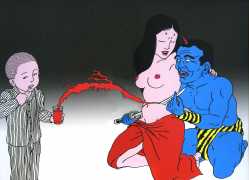 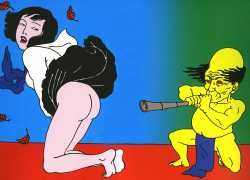 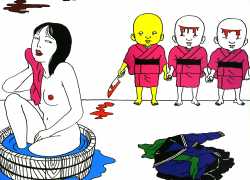 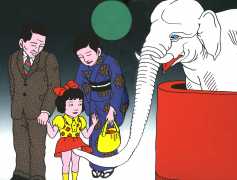 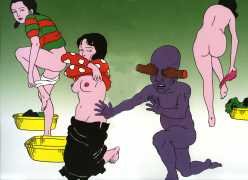 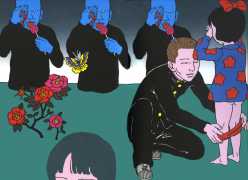