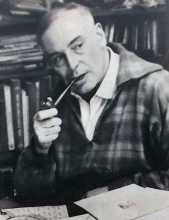 Born in  L’Haÿ-les-Roses in the Val de Marne, the son of a well-known engraver Gaston Gandon, Pierre was from a young age fascinated by stamps. He marvelled at the bright colours and exotic names of faraway places like Rarotonga and Tahiti; stamps were a gateway for the young Pierre into an unknown world waiting to be explored. Much as he loved his stamps, however, Pierre never became a stamp collector; he continued to enjoy and keep the odd beautiful stamp throughout his life, but it was the enjoyment of the art form rather than any urge to collect.

But Pierre Gandon was much more than just a stamp designer. Helped by his father’s reputation, he was able to enter the famous art school for engravers, the École Estienne in Paris, when he was just seventeen, where he became a pupil of the master engraver Antoine Dezarrois. The First World War meant a break in his studies, serving with the French Air Force, then after the war he attended L’École des Beaux Arts. In 1921 he won his first award, the coveted Grand Prix de Rome, for an engraving of Prometheus.

For several years Gandon worked primarily as a painter and book illustrator. In 1919 he became acquainted with the Brussels publishing house Éditions du Nord, for which he went on to illustrate a number of books, including works by Georges Sand, Stendhal and Rudyard Kipling. In 1933 the high-quality publisher Briffaut commissioned illustrations for an edition of Fontaine’s Voyage en Limousin, which harnessed the same skills with which the artist was breaking into the stamp design world. By 1940, when he illustrated Chateaubriand’s La Brière, he was receiving regular book illustration commissions. His interest in risqué texts appears to have been sparked by the Fontaine volume, and he went on to illustrate several more ‘galante’ texts.

Pierre Gandon remained active as a stamp designer well into his eighties, engraving his final stamp for France in 1982, depicting a work by Rembrandt. His last ever stamp design was a set marking the 450th anniversary of the first edition of François Rabelais’ Gargantua, issued in Monaco in 1984. 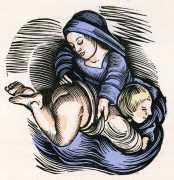 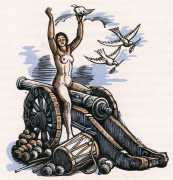 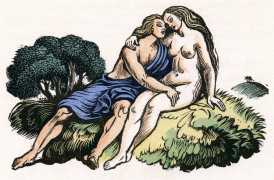 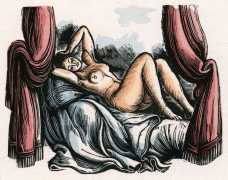 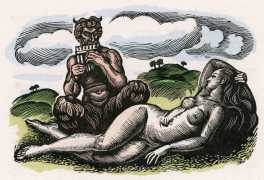 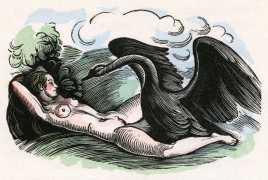 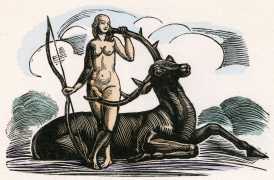 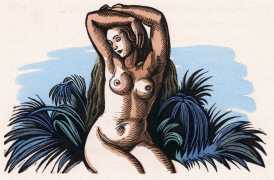