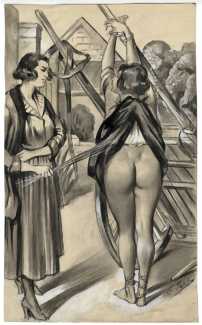 It is now universally accepted that all three names belong to the same artist, or possibly an artist plus a copyist or copyists given the scale and variable quality of the combined output. But no biographical details of artists with these names exists, which strongly suggests that there never were illustrators with the names Smit, Topfer and Barclay, as appear (all interestingly in a very similar hand) as signatures on many of the thousand or so drawings they are supposed to have created.

So, if ‘Smit’, ‘Topfer’ and ‘Barclay’ are pseudonyms, who are the real artist or artists hiding behind them? Smith, Potter (Töpfer is German for a potter) and Barclay are all common English names, though whether this suggests an English artist is unlikely. More likely is an allusion to ‘the English perversion’ of flagellation. Of all the artists in the genre whose identities are known, the closest in style are Luc Lafnet and Louis Malteste, especially the latter. If we had to guess, we believe that at least some of the ‘Smit/Topfer/Barclay’ drawings are by Malteste, and it is even more likely that publishers like Paul Brenet and Jean Fort maintained a small band of freelance artists who were regularly commissioned to illustrate these ever-popular titles, and who knew exactly what was required.

Though the details of the texts vary, and there are some surprises like the 1929 homoerotic novel by Max des Vignons, Fredi à l’école: le roman d’un inverti (Freddy at School: the Story of a Homosexual), many of the ‘Smit’-illustrated volumes are monotonously repetitious, and the artists must have found it hard to produce anything very original. The portfolios we show here are representative of the whole output, almost as interesting for their varying methods of reproduction as for their content. 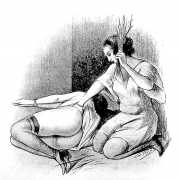 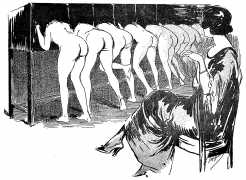 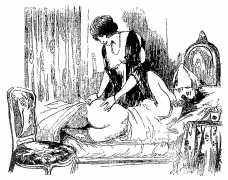 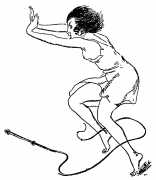 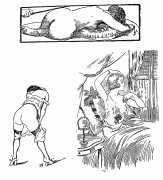 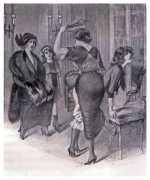 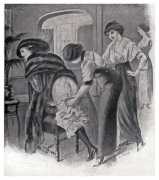