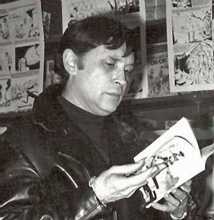 Jean Boullet was a man in many ways ahead of his time. Openly gay, usually leather-clad, with a wide and eclectic taste for the bizarre and gothic, he would not have been out of place in one of Paris’s gay bars today. He proclaimed himself ‘an artist of male beauty’.

Boullet grew up in Neuilly-sur-Seine, west of Paris, in a strict Catholic family; always something of an outsider, he spent most summers in the village of Isdes, south of Orlèans, reading and drawing. Significantly his father killed himself when Boullet was a teenager.

Jean Boullet began to paint in 1942, mainly portraits, and immediately after the war he became known as a designer and illustrator, living in the left bank Paris quarter of Saint-Germain-des-Prés. He illustrated texts by Edgar Allan Poe and Raymond Asso, and poems by Villon and Verlaine. In 1948 he created the sets for Boris Vian’s play J’irai cracher sur vos tombes (I Spit on your Graves), based on Vian’s novel of the same name. During the 1940s he became part of a wide artistic circle which included Édith Piaf, Michel Déon, Marie-Laure de Noailles, Jean Cocteau, Juliette Gréco, Jacques Chazot, Sacha Guitry, Marcel Carné, Roland Lesaffre, Kenneth Anger, Félix Labisse, Lise Deharme, Michel Laclos, Elliott Stein and Jacques Courtois.

Jean Boullet was also a film critic; he loved the fantasy and horror films that were shown at the Midi-Minuit cinema in the Grands Boulevards, but to screen the more experimental films he set up a private club, the Société des Amis de Bram Stoker, in his house on the rue Bobillot. Together with Jean-Claude Romer, in 1962 he founded the cinema review Midi Minuit Fantastique, which was published by Eric Losfeld.

Libertarian, anticlerical, and on a personal quest for the bizarre and the forbidden, Jean Boullet was passionate about sexology, illusionism, magic, demonology and popular mythology. In December 1965 he opened a bookstore at 79 rue du Château, Le Kiosque, specialising in these themes and in collector’s comics. Riddled with debt, he closed the shop at the beginning of 1969, and in August of that year moved to Ouargla in Algeria, to run a bookshop there. On several occasions he travelled in Algeria, Morocco and Mauritania, but also went as far as Senegal and Sudan, from where he brought back many drawings.

During the summer of 1970 he decided to leave Ouargla for an extended visit to the south of Algeria. At the end of December he was discovered in Tébessa, south of Constantine, according to the Algerian police report hanging from a tree. His friend Ornella Volta wrote, ‘I can’t help thinking that it must have taken place on a full moon night, according to the rules conducive to the birth of a mandrake, which he had explained to me in minute detail during our first meeting.’ 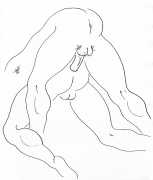 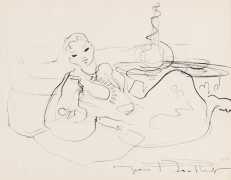 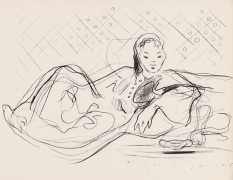 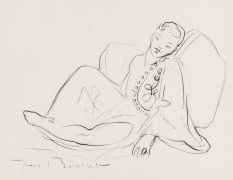 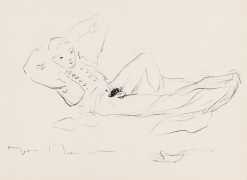 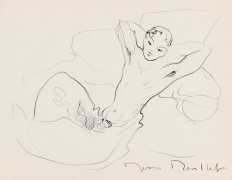 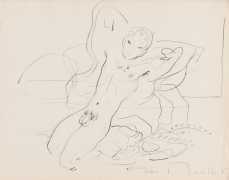 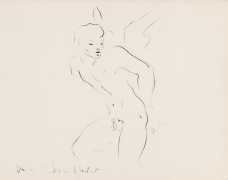 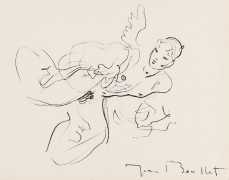 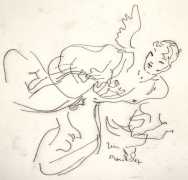 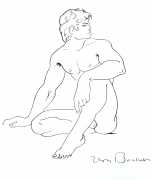 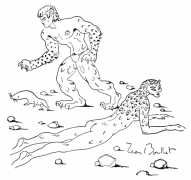 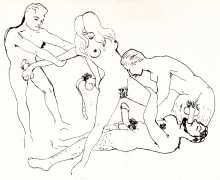 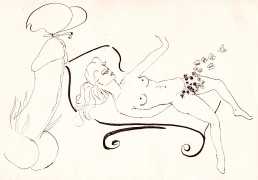 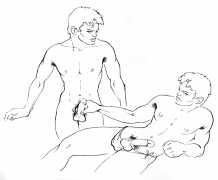 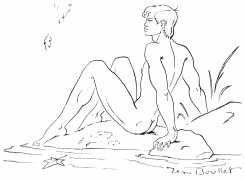