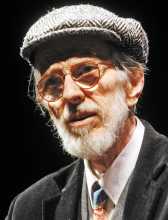 If you have only ever heard of one American cartoonist, it is highly likely that it’s Robert Crumb, the important and influential granddaddy of the underground comix movement. As a child, Robert and his brother Charles started drawing home-made comic books for their own amusement. One of the characters he invented was Fred the Cat, named after the family’s pet. Eventually, Fred became Fritz the Cat, one of Crumb’s best-known characters.

Crumb left home in 1962, getting a job as a greeting card artist for American Greetings in Cleveland, Ohio. He continued drawing comics, sending one to the public gallery section of Harvey Kurtzman’s magazine Help! Encouraged by Kurtzman, Crumb moved to New York to work for him, but the magazine folded shortly afterwards. Crumb stayed in New York for a while, drawing comic trading cards for Topps Gum among other work, and then returned to Cleveland. In 1964 he married Dana Morgan, and they had a son Jesse; the couple travelled in Europe, during which Crumb continued to produce work for Kurtzman and American Greetings. Crumb was becoming increasingly uncomfortable with his job and marriage when in June 1965 he began taking LSD, a psychedelic drug that was then still legal. He had both good and bad trips. One particularly bad trip left him semi-dazed for six months, during which he and Dana lived apart; they separated finally towards the end of 1967. 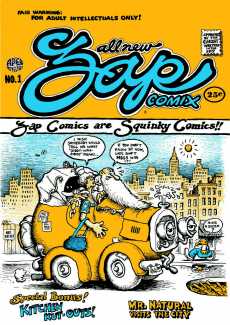 In January 1967 Crumb moved to California, where he contributed to a new magazine called Yarrowstalks, and that soon led to a collaboration with fellow cartoonist S. Clay Wilson on an explicitly sexual comic, Snatch. The overtly pornographic content of Snatch, together with its shaky finances, led to its demise after just three issues, but by this time, in early 1969, Crumb was also working with Don Donahue and Charles Plymell on the more acceptable but equally experimental zine Zap!, which was financially successful and quickly developed a market for underground comix. 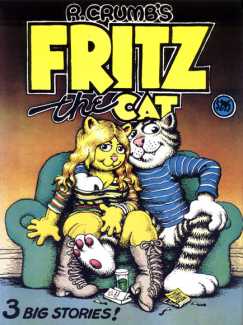 For the next ten years Robert Crumb was enormously prolific, regularly turning out two hundred pages of comix each year. Readers looked forward to new episodes of their favourite characters, including the bohemian Fritz the Cat, the spiritual guru Mr Natural, and the oversexed African-American stereotype Angelfood McSpade. During this period he launched a series of solo titles, including Despair, Uneeda, Big Ass Comics, Motor City Comics, Home Grown Funnies and Hytone Comix.

In the mid-1970s, following the decline of the underground, Crumb moved towards biographical and autobiographical subjects while refining his drawing style, a heavily crosshatched pen-and-ink technique. Much of his work appeared in a magazine he founded in 1981 he tellingly called Weirdo, which for more than a decade was one of the most prominent publications of the alternative comics era. As his career progressed, his comic work became more autobiographical. This period also saw him growing closer to the artist Aline Goldsmith, who he first met in 1972 – she reminded Crumb of the character Honeybunch Kaminski who he had created two years earlier. When they started living together she started to be known as Aline Kaminsky, and when she and Robert married in 1978 she officially became Aline Kaminsky-Crumb; their daughter Sophie was born three years later.

In 1991 the family moved to southern France, as Aline loved the country and they both wanted to escape America; they live in the rural Vallée Vidourle north-west of Montpellier. While Robert remains the best-known artist in the family, both Aline and Sophie are artists and cartoonists in their own right. Robert and Aline have an open relationship, and another of Aline’s partners, the printmaker Christian Coudurès, lives with the family together with his daughter Agathe McCamy. 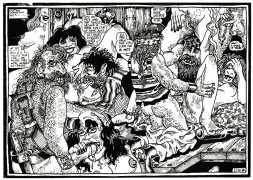 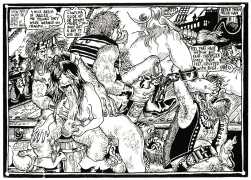 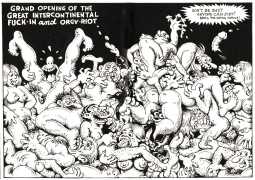 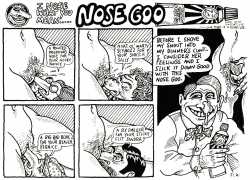 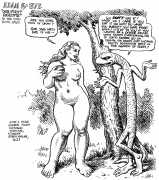