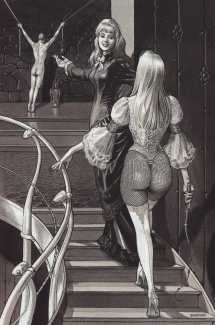 Sardax is of course a nom-de-plume, and we are fortunate that he himself has explained its origins: ‘Where does it come from? I once had a jacket with a label called Sardar – one day I read it as Sardax, which evoked links with sardonic, sarcastic, salacious, Victorien Sardou (the French playwright and author of Tosca), and the comic artist Crepax. It was perfect, and stuck.’ 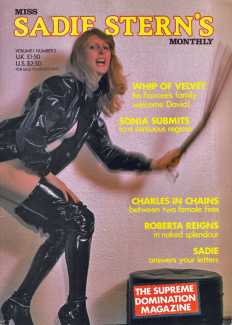 An imagination that goes beyond most sadomasochistic fantasies is one of Sardax’s trademarks. As he has written, ‘there should be a strong fantasy element in S&M, but sadly it is too often a world of well-worn clichés – the dungeon, the castle. I believe that drawings can take you to places that photographs never can. My settings might include a tropical rainforest, an Alpine scene, a Greek valley, a Roman or Victorian interior; or it might be so completely off the wall that it belongs to no particular time or space continuum at all. I always try to breathe slivers of imagination into the genre. If you find yourself yawning every time you wade through a gig of similar images showing dungeons or living rooms I sympathise with you. I feel it myself.’

Many of Sardax’s classic images were painted in watercolour, and enhanced with white gouache and black Indian ink. Even in the age of computers he draws first on paper, then uses the computer to add colour and shading. Among his formative influences he includes the black and white work of Franz von Bayros and Chéri Hérouard.

Over the years Sardax has created several websites to showcase his work, including Sartopia and Oriental Whip Queens; his work also featured regularly on Humiliatrix. Nowadays, however, a selection of his work can be found on the Sardax website, which you can reach here; his more regular contributions are to be found on his Wordpress blog, which is here. 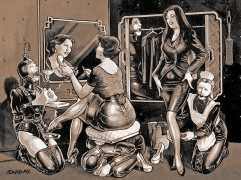 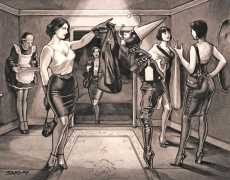 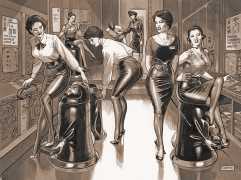 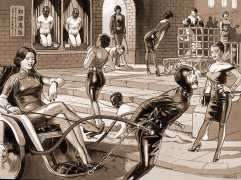 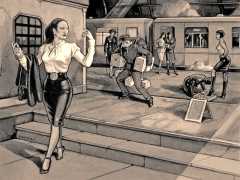 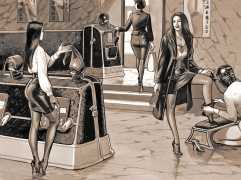 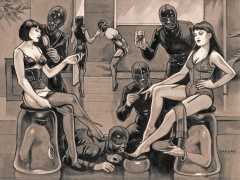 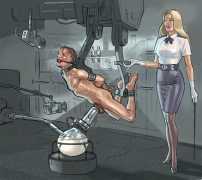 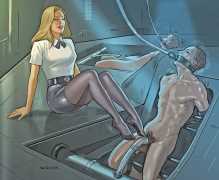 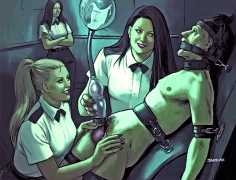 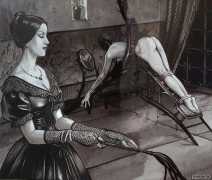 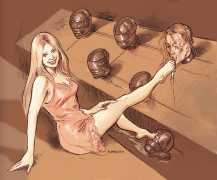 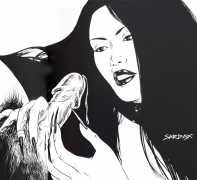 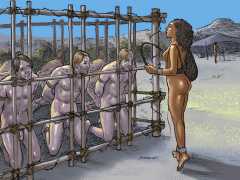 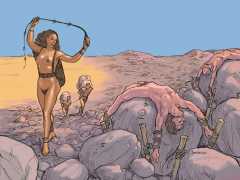 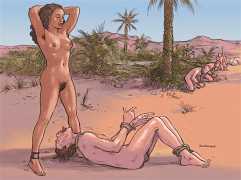 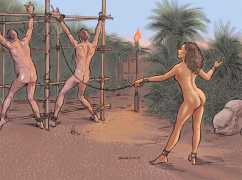 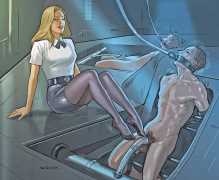 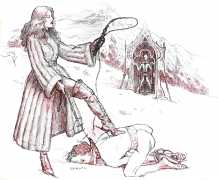 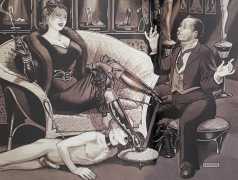 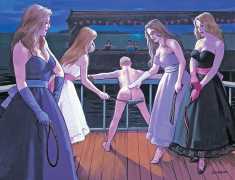 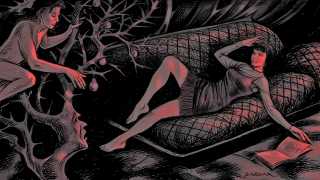 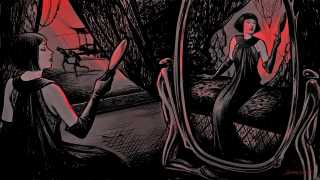 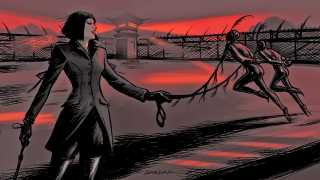 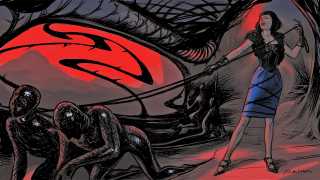 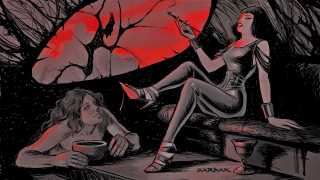 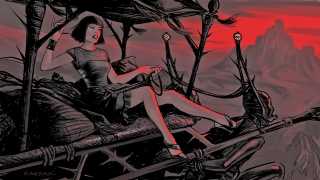 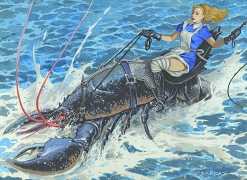